Right now lead times may be slightly longer than usual.

Free Shipping and free Home Delivery on all orders above 50 € | 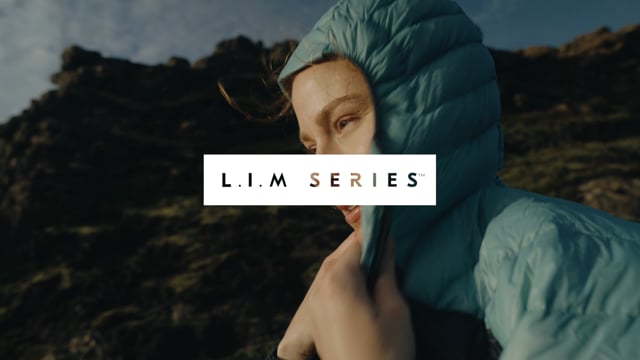 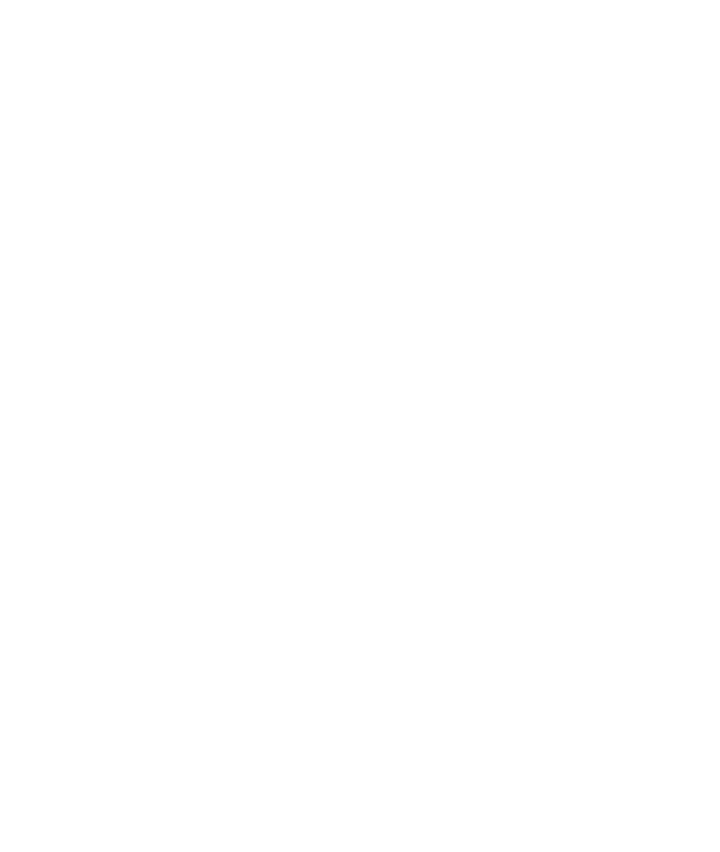 The L.I.M SERIES confronts the cold

For nearly two decades Haglöfs L.I.M Series have been pushing the limits of technical trekking gear. A constant evolution of reducing weight and improving performance. Now we are venturing further into the cold season. The FW 22 collection includes winter-ready base, mid and shell layers, made for high-pulse activities in changing conditions. As always designed with a minimalist mindset: Less details, less weight, less bulk – making you lighter, faster and stronger. 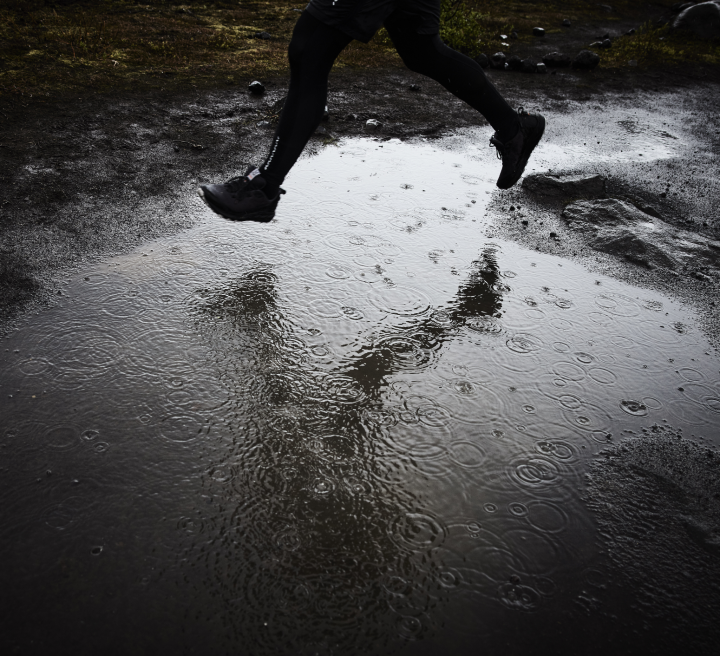 Icelandic native and adventurer Holmar Jones combines his day-job as a music teacher with all season trekking in the shifting landscape around his home town of Hvammstangi on the northern coast.

“Being on a rock in the middle of the ocean makes the weather a bit of a hassle if you are not used to it. More than once we’ve heard about experienced adventurers that had to be rescued after getting stuck in wet and icy snow storms, so you really have to be careful and prepare for the worst.”

Experienced adventurers face as many surprises as anyone else. But they have learned how to prepare for sudden change.

Blizzards taking out the electricity are not uncommon on Iceland, and sometimes people have to dig themselves out of their homes after a night of heavy snow.

The whole of Iceland is volcanic, but as the North West is the oldest part of Iceland, there are no active volcanoes in the vicinity.

“The þrælsfell mountain is practically in our backyard, with an elevation of 900 meters the view from up there is always spectacular. My girlfriend and I often go ski touring at wintertime, and mountaineering in the summer.”

I go trekking in summer and skiing in winter. But most of the year is in-between. That kind of weather calls for versatility, clothes that are breathable and lightweight but still keep you warm.

If Holmar was to recommend a trek on Iceland, his favorite is the Fimmvörðuháls trail on the Southern coast. It’s a long and exhausting one-day hike, but it offers spectacular scenery along the way. 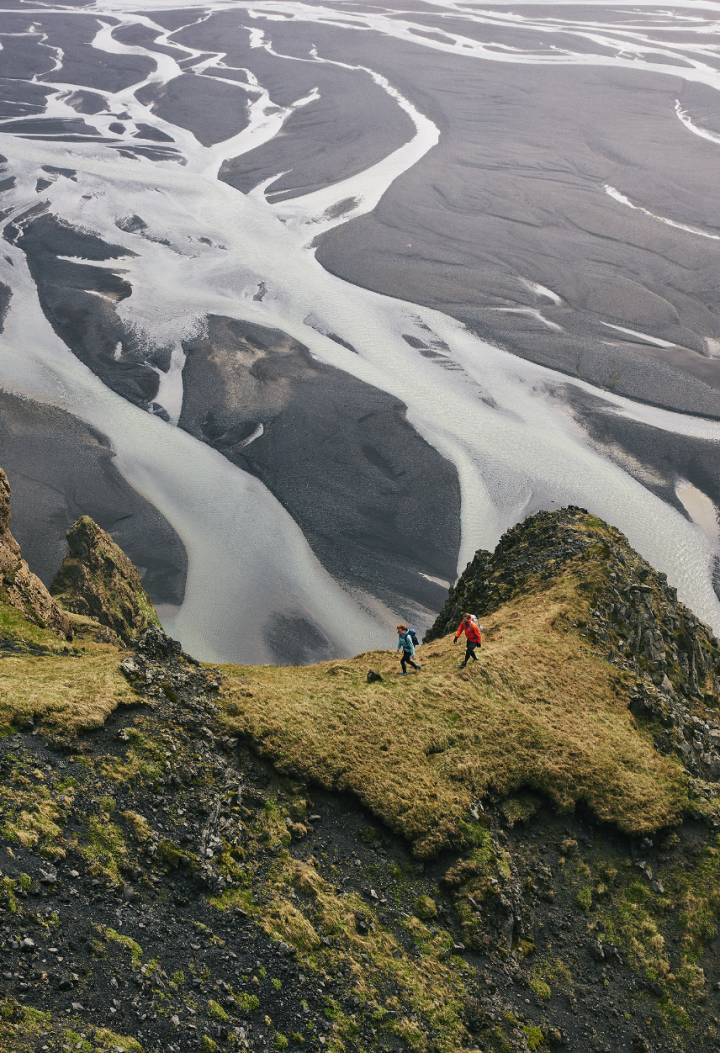 ”It starts out with a lot of waterfalls, over 20 of them, in a lush landscape. As you get higher the landscape shifts and becomes this almost moon-like lava desert. The volcano here, Eyafjallajökul, latest erupted 15 years ago so the lava is still very fresh. And you can see how the glaciers have carved their way through the terrain.”

If what you wear and carry is light, your stamina will take you longer, and you will feel better along the way.

The hike entails an elevation of around 1000 meters, starting at Skógafoss, almost at sea level, and ending up in Þórsmörk where there are excellent camping grounds. For those who don’t make it in one day there is a little mountain shelter halfway.

“At least you don’t have to carry a lot of water. There are brooks with the cleanest and tastiest water along the way where you can always fill up your bottle.” 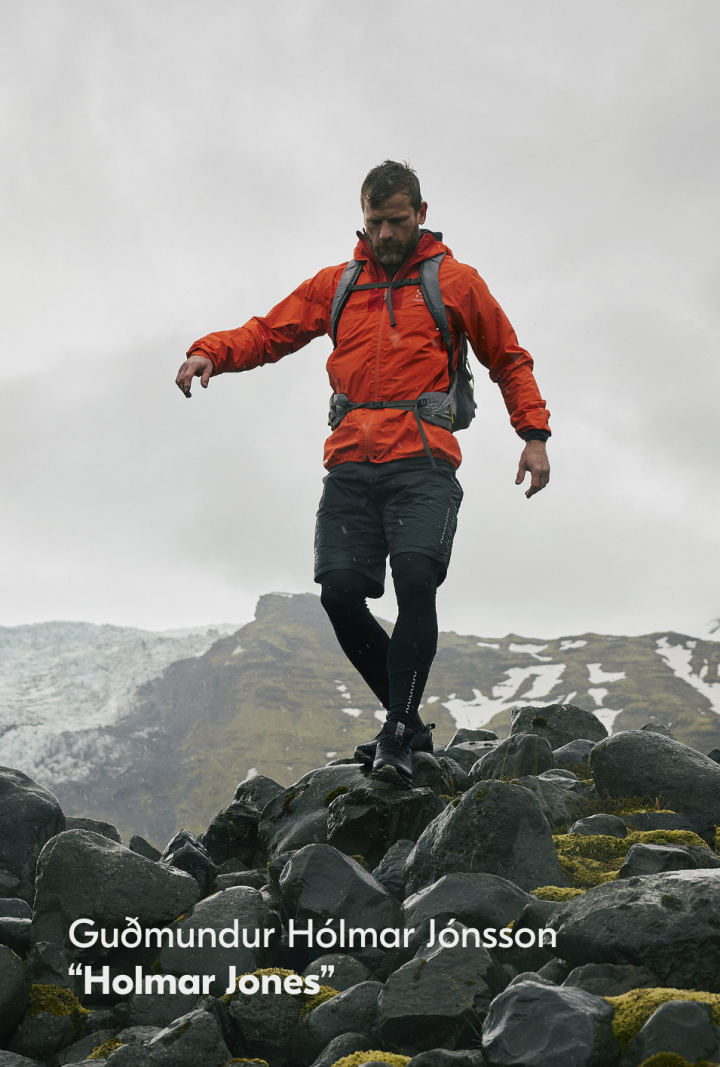 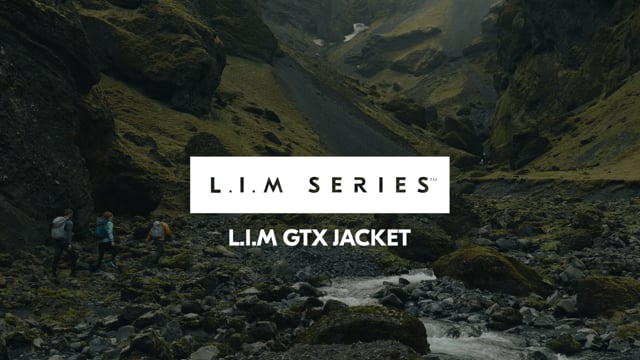 The trick to faster hiking is to never carry more than necessary. But don’t head out without backup. The lightweight and packable L.I.M GTX JACKET is made from GORE-TEX Paclite® PLUS 2.5-layer fabric for durable long-term weather protection and breathable comfort. An essential piece to always bring along for high pulse activities, with an inside that offers excellent next-to-skin comfort. Equipped with zippered hand pockets, a snug fitting hood, and reflective details for safety.

• Lightweight and packable
• Weatherproof and breathable 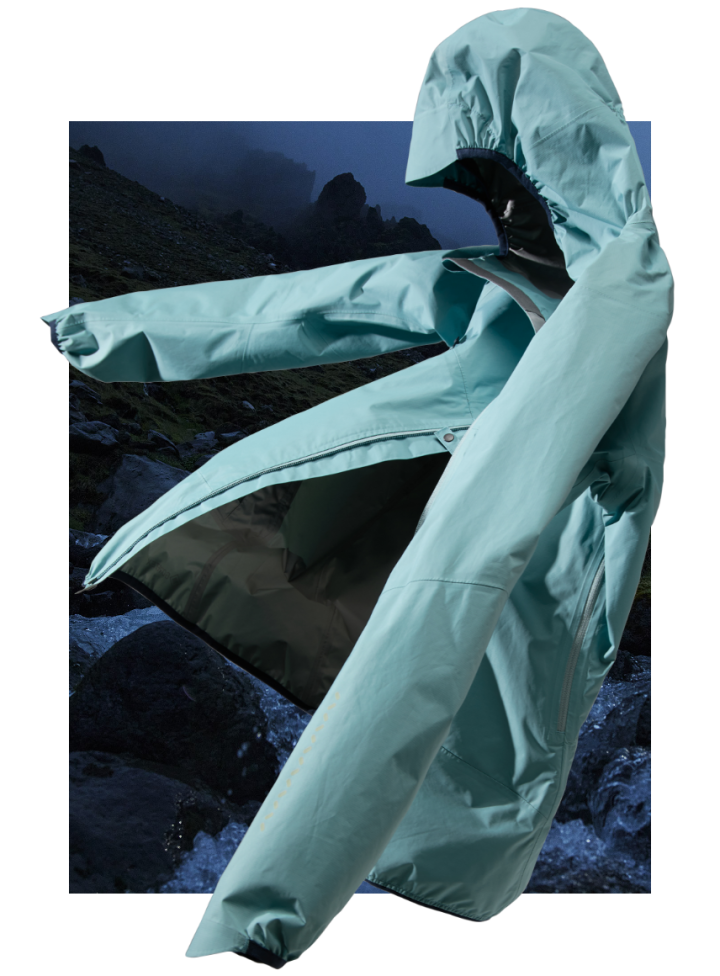 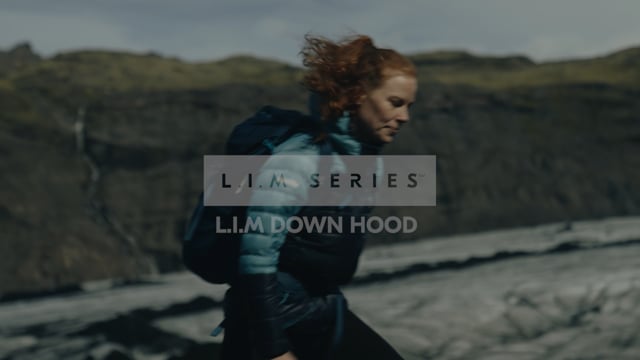 The L.I.M DOWN HOOD is perfect for high pulse activities in quickly changing weather conditions. This easily packable down jacket keeps you warm and dry but doesn’t weigh you down. The baffle construction delivers an exceptional warmth-to-weight ratio. It’s made from a super lightweight and tear-resistant recycled shell fabric and filled with hydrophobic goose down that will stay dry for up to 10,000 minutes (a full week) when exposed to humid conditions. The hood supplies extra insulation when you need it.

• H DOWN Platinum, stays dry for a full week
• Extremely insulating and lightweight 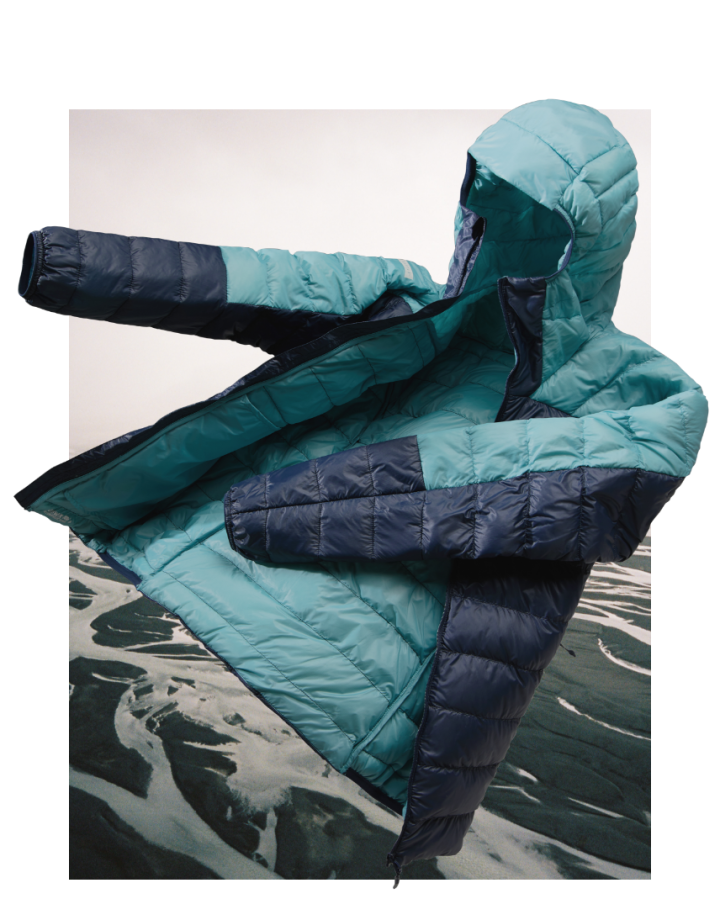